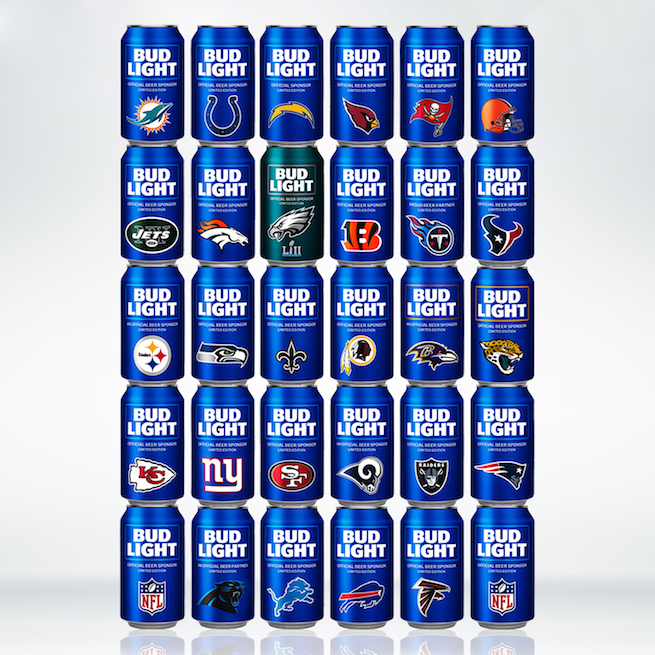 The beer brand will bring back team cans for the 2018 season.

As the official beer of the NFL, Bud Light has introduced new designs that feature team logos, as well as a customized color stripe down the side.

“Bud Light is excited to rollout our official 2018 NFL cans, something we know the fans look forward to year after year,” says Andy Goeler, VP of Bud Light. “The sleek design is an update from last year, and we’re looking forward to seeing them pop up in tailgates this season.”

In total, each of Bud Light’s 28 team partners will be featured in the new designs, along with an NFL Shield edition to round out the collection.

The new cans will hit shelves nationwide beginning the week of August 13.