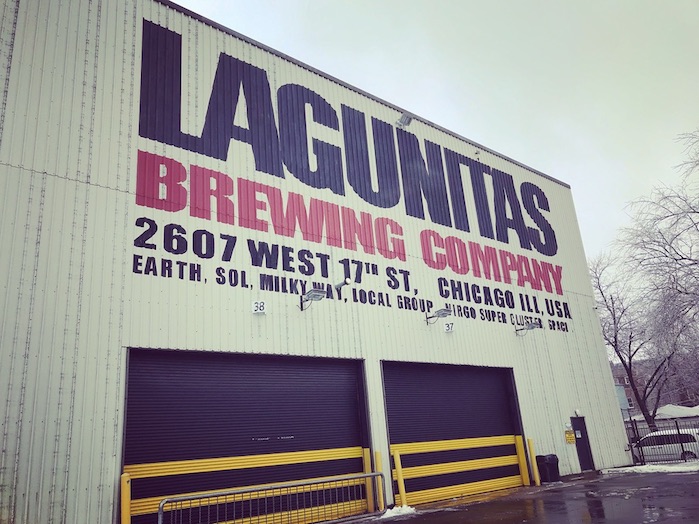 Fans of Newcastle Brown Ale will notice a new flavor.

That’s because production has moved from the Netherlands to the U.S., where Chicago’s Lagunitas Brewery will now make the beer under a new recipe. Both brands are owned by Heineken, which made the switch as part of the U.S. relaunch of Newcastle Brown Ale.

So how’s it taste?

Heineken recently showed off the new flavor during a Lagunitas tour for distributors, retailers and media. We attended to sample the new recipe (and check out the Willy Wonka-does-beer experience that is Lagunitas).

Drinkers familiar with Lagunitas will likely think one word for this brewery: hoppy. It’s well known for bitter beers. So we wondered whether Newcastle Brown Ale might become much more bitter. After all, the new recipe includes classic Lagunitas hops: Centennial and Chinook.

But the end result is not extremely bitter. It’s perfectly balanced: roasted-malt caramel flavor with a subtle bitter backbone, more so than the old recipe. Lagunitas did add 8-10 more IBUs, but they blend in rather than stick out.

Newcastle Brown Ale is also now an all-malt beer, made with Lagunitas house malt. Some fans may decry that this U.K. classic has become completely Americanized. To the contrary, Lagunitas Master Brewer Jeremy Marshal pointed out that the Chicago brewery uses a British-style house yeast.

He did not want to deviate far from what has worked for Newcastle Brown Ale. “We’re known for our super-hoppy beers, our barrel-aged specialties and other crazy brews, so the temptation was there,” Marshal said. “But this is not a beer you want to get that cute with. We said, ‘Let’s keep the soul intact’.”

Newcastle Brown Ale’s packaging received a modernized update. U.S. sales of the brand have slipped in recent years, prompting this rejiggering, and now it’s only available in 12-oz. bottles in packs of 6, 12 and 24, and 7.75-gallon slim steel kegs. When sales improve, the brand may consider extensions.

Now a word on the Lagunitas Brewery tour. You enter through a long, black-lit, psychedelic hallway while Willy Wonka’s “Pure Imagination” plays on loop. Lagunitas has a pro-cannabis stance, and the eclectic, trippy décor does not disappoint. Nor does the beer-geek part, including a 500-barrel German-made brew system that looks like the massive gleaming engines of the Starship Enterprise.

The 300,000-square-foot brewery once contained sound stages for movies (which are still filmed next door), including the Dark Knight scene where the Joker burns a mountain of money.

Which is all to say: if you’re a beer nut, make the pilgrimage to Lagunitas.

Kyle Swartz is editor of Beverage Dynamics magazine. Reach him at kswartz@epgmediallc.com or on Twitter @kswartzz or Instagram @cheers_magazine. Read his recent piece 8 Craft Beer Trends in 2019.