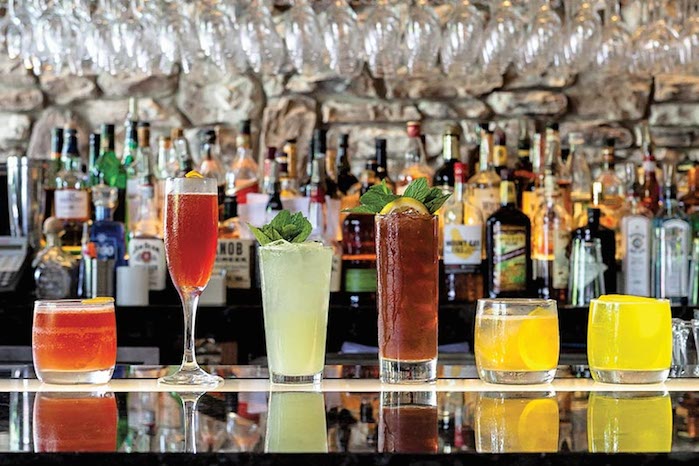 Cocktails are constantly evolving as bars and restaurants strive to stay on top of trends and stand out from the pack. A panel of experts weighed in on some of the current cocktail trends during a session at the National Restaurant Association’s BAR event; here are six.

A lot of beverage directors will talk to the chefs to see what they’re using in the kitchen to get an idea of flavors and produce. Many are taking it a step further and learning more about the ingredients and techniques.

“If I see red pickles, for example, I’ll ask the chef why they’re red,” said Priscillla Young, beverage director for Langham Hotels. That becomes part of the conversation with bar guests if she uses the item in a cocktail.

Young advises bartenders to seek culinary advice if they need it when making something such as cordials for the first time. It works both ways, she added: The chef might ask her what kind of sherry to use in a certain dish.

Guest are still interested in cocktails with a savory element with flavors such as bacon and smoke, techniques such as fat washing and unique ingredients such as yogurt to change drink consistency, said Andrew Macker, general manager of Howells & Hood in Chicago.

Bartenders like working with lower ABV spirits such as vermouth and sherry because they’re affordable and offer flavor profiles. Guest like the lower-ABV drinks because they can have more of them and they can enjoy them faster, Young said.

4) Eyes on Unique and Exotic Spirits

Cocktail- savvy guests always want to see new products and they’re interested in international spirits such as Turkish raiki, Korean soju and the like, said Brandon Phillips, bar director of The Duck Inn in Chicago. He said that he’s always seeking new ingredients and browsing in Asian and Mexican grocery stores.

5) Aging Cocktails Not Getting Old

Barrel aging has been a trend for five years, Phillips said and still going strong. “We’ll see more different types of wood used,” he predicted, noting that the Duck Inn uses charred peachwood to age its James and the Giant Negroni cocktail.

Young added that the downside of barrel-aged cocktails is that some inexperienced bartenders often overage them, “and they’re not as tasty.” Rather than barrels, she added, “I would like to see more aging in bottles.”

Cocktailing has become a little pretentious, with some bartenders taking their craft a bit too seriously. “You need to keep ego out of it,” said Macker. “It has to be about the guest.”

Young said she’s seeing the trend of the ego going away. People now like to be called a bartender vs. a mixologist, she added: “It’s tending to the whole bar, not just mixing drinks.”